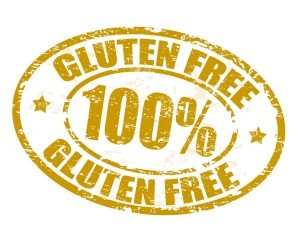 A colleague of mine was diagnosed with Celiac Disease a while ago, I’d never heard of it before and it took a while before I understood what it was. The truth is I wasn’t really sure what gluten was either so I needed to understand that first. Fast forward a couple of years and gluten intolerance is now well known and most of us know someone with it. Indeed I actually met a person recently who has never been diagnosed Celiac and clearly isn’t gluten intolerant but has decided to eat a gluten free diet anyway in the belief it’s healthier. I’m no doctor so I’ve no idea if this is the case or not but as a marketing professional I know an opportunity when I see one.

A read through industry bible The Grocer this week informs me that Kerry Foods are introducing gluten-free sausages for the first time (no, I didn’t realise there was gluten in ordinary sausages either). A few pages before that is a report on a new gluten-free cereal described as a “weetabix-style biscuit” and also an introduction to the wonderfully named ‘Nudie’ coconut chips which seem to be gluten-free crisps. Salt and vinegar flavoured baked coconut sounds like it’ll be either the best thing or the worst thing you’ve ever tasted.

Stories like these can be found most weeks as existing and emerging brands launch new products, or variants on existing ones, to cater for the demand for gluten-free. There is clearly a growing desire for gluten-free and that’s not just coming from Celiac Disease sufferers. A Mintel report published earlier this year claims up to 13% of the UK population try to avoid gluten, yet less than 1% of the population are estimated to have Celiac Disease. The truth seems to be that many of the people following a gluten-free diet are doing so because they want to and not because they have to.

The sales figures bear this out too. In 2015 the gluten-free market is expected to be worth just under £400 million in the UK and is estimated to break the £500 million mark in 2018. This is mirrored in other European countries too.

In the US the gluten-free market is estimated to be $15.6 billion next year, with 28% of consumers saying they try to avoid gluten.

There can be little doubt that the demand for gluten-free will continue to grow for a few more years. It’s also clearly not saturated yet and from what I hear not all gluten-free products are as enjoyable as their ‘gluten-included’ alternatives. So opportunities still exist for both new, better and innovative products.

Food, the Brain and Neuromarketing

Does TV Advertising Still Work For Food And Drink Brands?