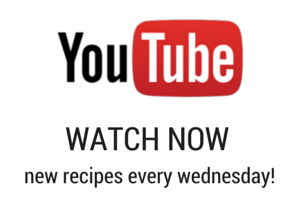 The rise of the foodie culture in the UK has coincided with an increased number of people attempting to get a part of the food blogger limelight and the stardom that comes with it. For some, the efforts are certainly not in vain and have become very successful as a result of their efforts. The phenomenon has not gone unnoticed by those wishing to promote their brand or products in conjunction with the popular bloggers.
Arguably, nowhere is the mark of the food blogger more prominent than on YouTube. Many individuals and groups have rose to stardom as a result of their food based escapades. In some cases, these YouTube channels have branched out from being culinary blogs and become lifestyle channels at the behest of loyal viewers who want to see more about the personalities involved in their favourite shows, whether it be the food they eat or the clothes they wear. Furthermore, individuals who are already established in the culinary world such as Jamie Oliver have cottoned on the trend and utilised YouTube as a means to further bolster their image.
The rise of the food blogger is inextricably linked with how brands are attempting to gain more exposure online. Ads on YouTube are nothing new but the hive of activity on YouTube by food related channels has prompted brands and marketing executives to behave in different ways. Many companies are clambering over each other to have their product featured or mentioned in some of the popular food related channels on YouTube. Some have even ensured that their brand has become a permanent feature on particular shows. For instance, certain members of the ‘Big Four’ supermarkets have sponsored shows to guarantee particular product placement and regular mentions of their goods throughout the broadcasts.

The relationship between food blogging and marketing again highlights the oft cited statement that social media is impacting and changing the way advertisers target audiences. Certainly, mediums like YouTube, which have such large audiences and provide an effective means to promote goods prove a tempting proposition that most brands want to get a slice of.

Should You Use Google Adwords?