On the 28th of October the third most read story on the BBC website was this one about rejected vegetables. It’s a ‘story’ promoting a television programme being shown on the BBC so in reality it’s an advertisement, or advertorial, for another BBC product. I can admire the efficacy of this but that aside it’s an interesting if alarming story and one both the food industry and the marketing industry should take note of.

I imagine most people in the food industry are appalled at this waste and I suspect a large number of the people who read the story or watch the programme will be too; certainly that’s its purpose. But who should get the blame?

I imagine the supermarkets will take the brunt of it, in the programme at least. They do seem to be the villains of this piece but I’m not sure all the blame can be laid at their door. As professional marketers working with food and drink brands we love terms like ‘selecting only the finest…’ or ‘choosing the ripest’ and ‘only the best are chosen for our…’ you’ll see this, and variations on it, written on the packaging for a huge variety of products. These terms are used for a couple of reasons, usually because they are true and also because tests and experience show that consumers react well to them. Saying ‘we use the produce the supermarkets reject’ just doesn’t have the same ring to it. The truth is packaging, colour, photography or illustration, point of sale and brand strength all play huge roles in consumer attitudes. So for products that aren’t packaged and have little brand value, such as parsnips, clearly aesthetics seem to matter more than taste or provenance. Consumers have come to expect their apples to be shiny and blemish free and their vegetables to be uniform sizes and shapes and of course not have any trace of earth on them.

From a marketing perspective we’ve seen before how consumer attitudes can change though. Indeed it is usually the marketing industry along with a pioneering client that creates and drives this change. As the trend for ‘craft’ and ‘artisan’ produce grows in some sectors it might well be that there is now a market for what is currently being discarded, it just needs packaged and marketed properly. We’ve witnessed first hand a client introduce a brand spin-off that involved using something that had been disposed of for years even though it was perfect in every way except size. It was hugely successful.

Brands such as Doritos and Marmite were created from the ‘leftovers’ of other products that were normally thrown away and the drink Grappa, that’s enjoying something of a renaissance globally, is distilled from what’s left behind by wine-making. Perhaps the solution to the ‘waste problem’ isn’t rocket-science it is good food marketing and some imagination. 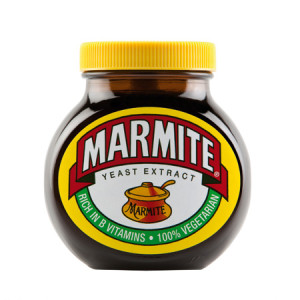 Does Technology Work For B2B Marketing?

Is Free-From & Alternative Foods Where We Should All Be Focussing?