It might have been a while since someone said that to you but if you’re in the drinks marketing industry you better be thinking about it.

We read with interest that a recent Absolut Vodka sponsored Facebook post has fallen foul of the ASA because the actors in it didn’t look over-25. This is particularly relevant because all of the people in the commercial were actually 25 or older. The ASA felt that the actions being depicted suggested younger behaviour. Their report contained the following “We noted that the individuals were shown dancing and using their mobile phones to record the experience. We considered that action was likely to be seen to reflect adolescent culture. Although we acknowledged that the individuals were all 25 years or older, we nonetheless considered that some of the people would be considered to be under the age of 25 by some consumers.”

Indeed, no one over 25 has ever filmed themselves or a friend dancing on a night out…

There’s a good summary about this case on the Lewis Silkin website. 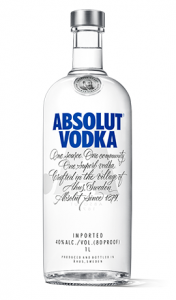 How To Brand Craft Beer In A Cluttered Market

Top 5 Facebook Updates All Food And Drink Brands Should Know