Root and Toot > Blog > How Much Money Should Food & Drink Brands Invest in Social Media?

We stopped using the term social media internally a while back yet this is still a question food and drink companies ask us over and over again. We stopped using the term because put simply social media is now just simply media. Facebook, LinkedIn, Twitter are mainstream, they’re accessible to millions and haven’t been the preserve of early adopters and digital natives for a long time now.

To the answer the question though we already make the assumption a brand or service has accepted it needs to invest something. That ‘something’ is actually two things; money and time.

There are three main areas where social media requires a financial investment. These are training, strategy and advertising.

Many people, particularly digital natives, are very confident and comfortable with social media and some management eyebrows might be raised at considering training for them. But I’ve seen young, inexperienced staff being given free-reign over brand social channels in the past simply because they “know how to use them”. So here’s the thing, you’ve watched television since you were a child, does that make you qualified to create a television commercial? Hopefully you see the point I’m making, simply being familiar with something isn’t enough. So spend a little money (and training isn’t expensive in the scheme of things) ensuring that the best person in your organisation working on your social media channels. The best person in your organisation is someone who understands the culture and values of your business or brand. Who understands who your customers are and what they want and expect. Ideally they already have some experience of dealing with customers on some level. That’s the person you should invest training in.

Strategy is another area you should invest money in. Speak with a professional marketing company about this (yes, this is the self-promotion bit). Ensure you have a strategy for social media that ties in with your marketing strategy and your overall business strategy. After all for some customers this might be their only exposure to you. Like training this is money well spent, it makes success and return on investment much easier to track and measure and will make creating content and engagement much easier too.

Lastly you need to consider actually doing paid-for advertising on your social channels now too. Facebook made a significant algorithm change a few months ago that gave a very clear indication of their future business direction in case anyone was still unsure – Facebook changes News Feed to Focus on Family and Friends.

Put simply updates from individual people will be favoured over updates from business pages. So that witty, timed to perfection post you had planned to coincide with the bank holiday weekend edition of the Bake Off just might not make the feeds of most of your followers and ‘likes’ after all. The solution to this change is to advertise on Facebook. Facebook also own Instagram so the same logic applies there.

None of us are privy to Facebook’s long term business plan but it wouldn’t be a surprise if eventually all businesses need to pay to simply have a presence on Facebook. That’s not the case now though, but if you want to reach as many people with your posts as you did earlier in the year you’ll need to invest a little in advertising them. I say ‘a little’ with reason because Facebook advertising is still extremely good value. It’s pay-per-click so it’s easily traceable and measurable too. If it sugars this pill a little Facebook advertising has really improved in the last 12 months. It’s a much better service in every way and one you should have been considering even before the algorithm change.

The same applies with LinkedIn and Twitter who tend to follow where Facebook leads. All these social channels require a return for their investors and business users are currently their best bet on achieving that.

How much you should invest in training, strategy and advertising can be worked out by measuring effectiveness. What is each interaction on social media worth to you? Do you know, has anyone ever sat down and calculated the value of a ‘like’ or a retweet? There are various ways of doing this and once you have you can see exactly how much money you should be investing in social media. understand how much time food and drink companies should invest in social media then click here to read.

You can read about how much time food and drink companies should invest in social media by clicking here to read. 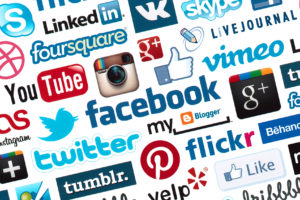