Christmas TV Ads have become a festive tradition and should be welcomed at this time of year.

It is, of course, early yet but there does seem to be a consensus that the M&S Mrs. Claus TV Ad is the best of this year’s Christmas offerings so far. They all bring something to the party. The Argos Yetis, the Aldi Carrot, the Waitrose Robin, Buster the John Lewis Dog or that old favourite, the Coca Cola Truck. Any minute now our senses are going to be assailed by a non-stop barrage of price advertising; everything from frozen turkeys to recycled tinsel, cheaper, cheaper, cheaper, cheeeaaappper so let’s enjoy the tranquillity of the Christmas TV Ads that aren’t screaming price, price, price.

For some reason there is always great interest from the print media into how much the Christmas Ads cost. Who cares? The companies who put out Christmas TV Ads can all well afford them and by making them they employ production companies and the spin-offs are well worthwhile for a large number of young people in that industry. Increasingly they are more like mini-movies and we really can’t make too many of them in the UK.

Do Christmas TV Ads tamper with our emotions, as has been suggested more than once? No. As old Ad men used to say, the consumer isn’t a mug, she’s your wife. Consumers have always been far sharper and smarter than the various pundits and experts believe them to be. Forty years ago a certain Mrs. Shirley Williams was the Minister for Consumer Affairs. She and her minions were absolutely convinced that the British consumer was being regularly conned, fleeced and cheated by unscrupulous companies and their conscienceless Ad Agencies. Her department commissioned some opinion polling where several thousand consumers were asked the question “Do you believe that advertising can be misleading ?” and 51% answered yes. They brandished this piece of research like the flame of liberty and muttered darkly about bringing in legislation. The advertising industry politely asked the department for details of the poll and immediately commissioned the same company to do further research. The same number of people were again asked “Do you believe that advertising can be misleading?” and again 51% answered yes. The same respondents were then asked a further question, ”Have you ever been misled by an advertisement?” and to that question only 1% answered yes. In other words, half the population thought that the other half weren’t as bright as they were!

The respondents were then shown a long list of subjects such as Religion, Education, Politics, Health, Welfare, Transport, Advertising, Communication, Crime, Journalism, etc etc and asked to list them in the order of which worried them most. Advertising was very close to the bottom and, to everyone’s great glee, politics was right up there.

The Christmas TV Ads make pleasant viewing and contain more than just a dash of creativity. They don’t affect our senses any more than watching Bing Crosby sing “I’m dreamin of a……” for the five hundredth time. It’s that time of year and clever use of Robins, Carrots or Dogs makes up for the carol singers who don’t come around anymore.

Roy McCallum joined the advertising industry in the mid 1970s and has created campaigns for a wide variety of food and drink brands over the years. He was a founder and creative director of Levy McCallum and is a consultant to Root & Toot. 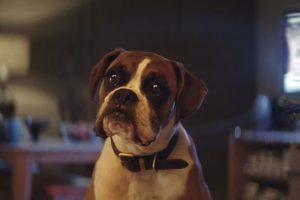 Why Should You Use Professional Food Photography

Does Anyone In Food & Drink Still Need Business Cards