Root and Toot > Blog > Instagram V Snapchat What Is Best For Your Brand?

Love it or hate it social media can’t be ignored by the food and drink industry. Rewind 10 years and social media was thought of as something just for kids and we all expected it to be just another short-lived craze, but it’s evolved well beyond that. It’s now widely accepted that social media is a great asset for brands and it’s no longer a question of should you be using social media, but rather what one is best to meet your specific objectives.

The internet is a vast and fickle place with new social media platforms popping up left, right and centre then disappearing almost as quickly. Vine, anyone? We’ve seen various social networks come and go over the years but Facebook and Twitter have stood the test of time. However, there’s a new generation of social media platforms that you need to be aware of. The surge in mobile internet usage has led to an explosion of apps such as Instagram and Snapchat which pretty much serve a similar purpose and they’re getting more alike by the day.

Back in August Instagram launched ‘Stories’ which as you can imagine caused a bit of a stir but they aren’t the first and certainly won’t be the last social media platform to copy another. Facebook blatantly pinched ‘Trending’ from Twitter and not that long ago Twitter shocked us all when they changed ‘Favourites’ to ‘Likes’, sound familiar? There are many similarities between Instagram Stories and Snapchat Stories but at the same time, there are significant differences which should be considered when deciding which one is better for your brand.

If you look at the numbers, Instagram certainly looks more appealing but it’s a more established platform so it’s had more time to grow:

Don’t let that discourage you from using Snapchat. Even though Snapchat is a relatively new platform, it’s still really popular and it’s growing by the day. What’s more, there are only 1% of advertisers using Snapchat for marketing at the moment which means there’s not much competition so being one of the first to join the platform could be highly beneficial.

The audience for Instagram and Snapchat is pretty similar in a way as both apps have more female than male users. However, there’s one stark difference between the two and that is the age demographics. According to the investment firm Piper Jaffray’s recent ‘Taking Stock with Teens’ report Snapchat beats Instagram hands down as the ‘Top Social Platform for Teens’. It’s true. Brands who want to connect with young people are jumping all over Snapchat because 60% of its users are under the age of 24 (www.statista.com/statistics/326452/snapchat-age-group-usa).

One thing Instagram has that Snapchat doesn’t is hashtags, and they work exactly the same way as they do on Twitter. You can’t use them on your Instagram Stories but they’re still a great way to build your following quickly so they will soon become your new best friend.

It’s really easy to shoot your story on both apps so you won’t have any issue there but you do get a superior quality of image on Instagram. This is thanks to some great editing tools which allow you to get arty and produce a professional looking image. If you want that seductive food shot to look its best then Instagram can help.

We prefer Instagram for many reasons but if you want to connect with younger people then you should jump on Snapchat immediately. One thing we preach at Root & Toot though is don’t spread yourself too thin. It’s better to use only one social media channel really well and ignore the rest than being stretched and do three or four half-heartedly.

To find out more information about how you can include any of these apps into your social media strategy please feel free to get in touch today. 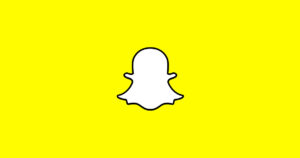 Does TV Advertising Still Work For Food And Drink Brands?

Does Anyone In Food & Drink Still Need Business Cards